Maybe  this is a duplicate, used the wrong process.

I built OTTO with the rotating  head, 3d printed on the cheapest possible X1 printer. That works but has some issues.

Then i wrote a ANN for   Arduino. The concept is to take 3 measurements , distance left, rigbt and center and let the ANN decide to go left, right, fwd or back.

It works fine, apart from an issue with the servo on the rotating head, it returns too fast to the zero position and gets out of alignment as a consequence. So need some further work on that. The ANN works correctly if it gets the correct measurements.

Will try to improve it and publish the 2-part ANN if there is interest. Part 1 is training and part 2 is the actual walking control.

Completed the ANN for Arduino, which works (using three ultrasonic sensors)  although it doesnt seem very impressive, see clip. Otto will wander around rather aimlessly until it finds an exit. And then i have to rescue him as there is an open stairway.

I completed the Generic Algorythm as well, but that doesnt work very well. The point is that you need hundreds of reincarnations and with a physical robot that just takes too long, the battery will run out first. So i will do the GA on the PC in a      little game where  you can have a large number of objects.

As far as i am concerned this project is finished. It works on the Arduino  and can possibly  be finetuned.

If anyone is interested i   can clean up the training and walking ANN scripts,  i am a messy programmer. If no interest thats ok, the ANN is mostly interesting as an intellectual exercise.

Just added a slide showing the neural network, its inputs and outputs as used here. But the same ANN can be used for many other things. 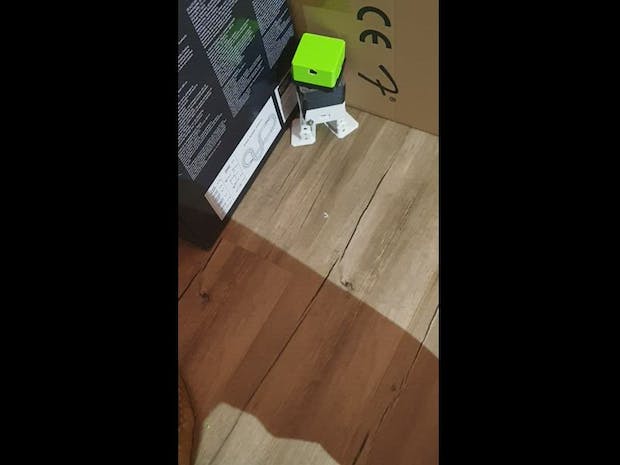 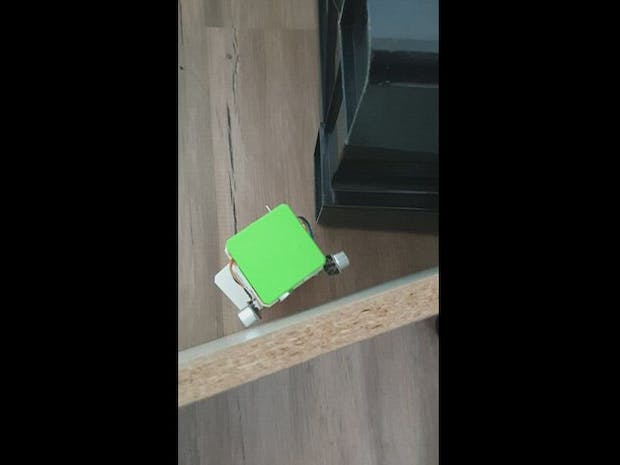 Liked by Camilo Parra Palacio and 6 others