I am trying to commission the Ninja with the OttoDIY ESP8266 Board. The first attempt with preinstalled code and remoteXY wasn't that nice.. So downloading the newest Arduino libraries

Third: Extracted OttoNinja-master.zip and moved the directories under "src" into the Arduino library folder and the "examples" content to the sketchbook folder. Restart Arduino IDE.

The OttoNinja_APP.ino is the only example I could compile.
And it works much better, then the pre installed code.

Anyone here who got the solution?
Please share - thanks in advance. 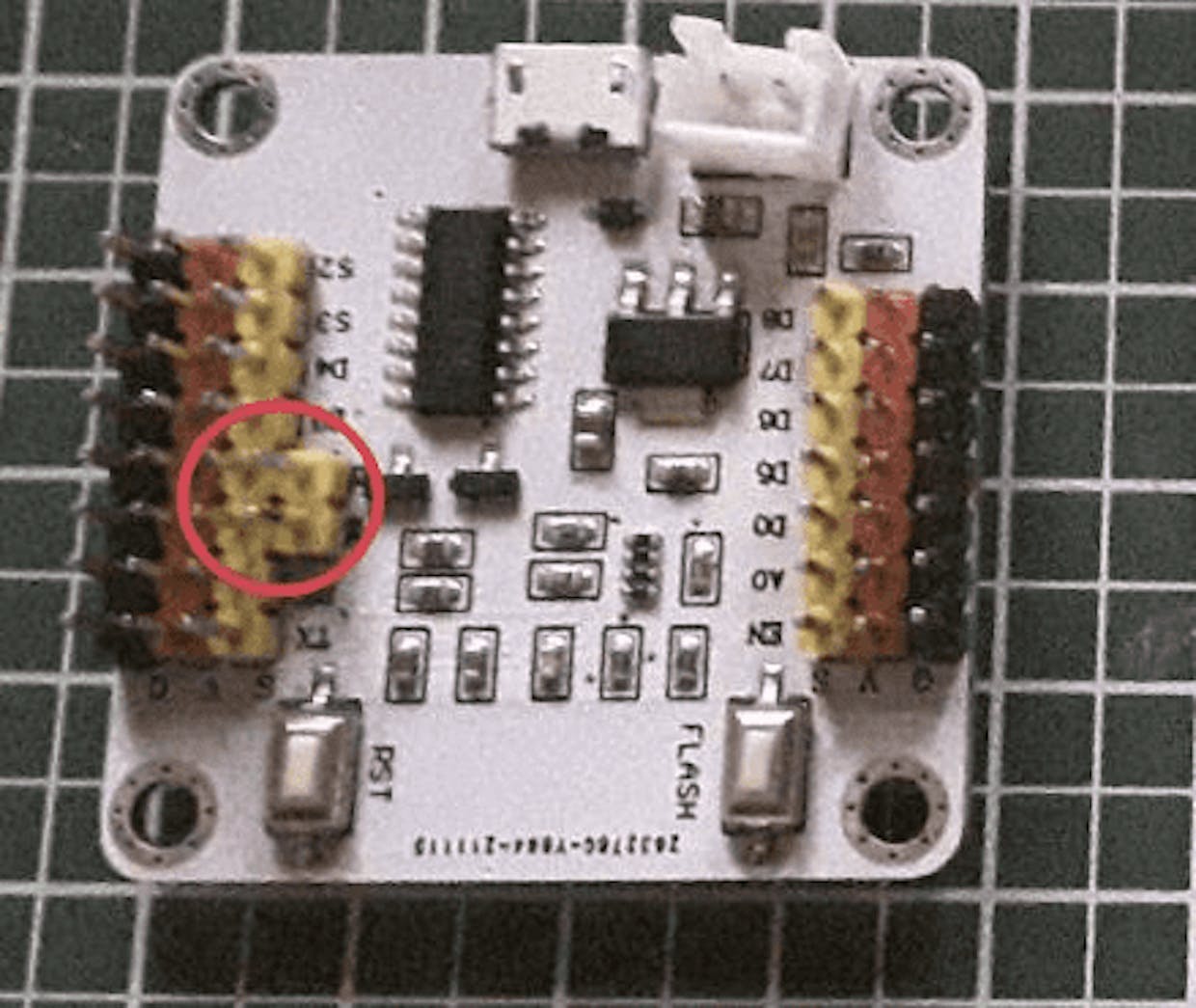 It looks from the error that you are mixing with other libraries like Otto9.h that is outdated, it was designed for avr not ESP and is depreciated code.
0 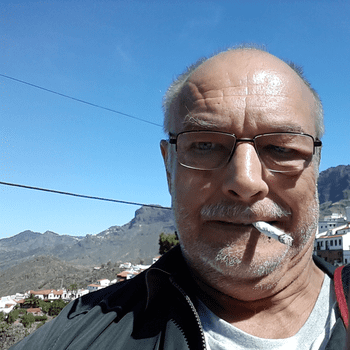 Birger T Master Builder
9 months ago
Camilo Parra Palacio
1. Yes - ESP8266 and ESP32 for other projects i wanted to do..
2. at Gthub, chapter "Uploading" #1 Upload this code https://github.com/OttoDIY/OttoDIYESP/blob/master/examples/OttoNinja_APP/OttoNinja_APP.ino
3. ..but it is no library

I updated OttoDIYLib to Version 13.0.0. inside library manager..
I don't understand why the ESP8266 matrix code wants to compile otto9.cpp.. strange..
I'll delete all OttoLib files and reinstall from github.. until later
0

Camilo Parra Palacio Otto Creator
9 months ago
Birger T
1. Cool
2. Oh i see the link has a different name fixing it now
3. Ninja mainly uses simple Servo library but with Sebastian Coddington and Paul van de Veen we will eventually make as complete as the regular Otto do you want yo join us?

4. Which matrix code exactly are you trying and I test here too?
Sometimes arduino is annoying and switches back to nano for the upload
1

After deleting all the OttoDIY libs and adding the downloaded OttoDiyLib 13 from github there were no more errors from otto9.cpp when compiling "OttoNinja_App_matrix.ino".

But the LED-matrix remains dark - I think I connected the 6-pin Plug to D1/D2 (white ESP-Board, pins between D3 and Rx, with an additional yellow row). Even changing D1 with D2 and testing with an older 16x8 LED matrix (white LEDs) doesn't work.

3. thank you for the invitation - but there is still the Robot Lee with Humanoid's legs now, I want to code without "oscillator"-lib.

Remember the servo cycle time:
Servo's positions are updated every 20ms, so when writing a new incrementing position every ms the servo will react after 20ms with the 20 times incremented position at once.
And the servo needs 100ms .. 120ms for 60° torque, so a position change > 12° every 20ms is maximum speed.

On the white ESP board: What are these additional pins at D1/D2 for?

The matrix- and the OLED-example can be compiled and uploaded to the board. But the displays remain dark.
At the OttO matrix board the address pads are all open- what's the right wire adress?
At the Oled the address 0x78 is set, but where shall I pass it as 0x3c in the example?
0

Birger T Master Builder
9 months ago
And how to add a picture to a comment..?
I had to attach it at the top.
0

Interesting I never had problems with the library declared with ".." this is how Adafruit had it

Camilo Parra Palacio Otto Creator
9 months ago
Birger T we have updated the repo you can try again the examples and all links should be working now thanks https://github.com/OttoDIY/OttoNinja
0

Birger T Master Builder
9 months ago
Ola Camilo Parra Palacio, okay - but..
- Last weekend I installed or updated all the necessary libraries from the Aduino's library manager..Adafruit_GFX, ~Backpack, and so on.
- Now I installed the new Otto-Ninja-master too, without complaints from the IDE. Opened the OttoNinjaHumanoid_Demo from the samples shown in the IDE..
- When compiling them Arduino IDE complaint that all functions from Adafruit_gfx and Adafruit_Backpack where redefined.
- So after zipping and deleting the src-folder inside the OttoNinja library, compiling and uploading succeeded.
- the head and arms reacted when waving in front of the US-sensor, but the LED matrix remained dark.
- the ninja kit came with a 2x3-pin female plug for the matrix connection and it is attached like shown in the online instructions.
- the white OttoDIY ESP8266 board has two additional yellow pins [??] (see picture above) where D1 and D2 should be.
Original pinout like in the instructions and comments was:
[+][GND][TX] = GPIO 1
[+][GND][RX] = GPIO 3
[+][GND][D1][??] = SCL GPIO 5
[+][GND][D2][??] = SDA GPIO 4
But the true pinout for D1 and D2 looks like this:
[+][GND][D1][D2] = SCL GPIO 5 + SDA GPIO 4
[+][GND][D1][D2] = SCL GPIO 5 + SDA GPIO 4
- with this connection the blue matrix now says "I AM NINJA"..

Lucky one who got his Ninja Kit with a black ESP8266 Board, you can use the delivered 2x3 female plug wire as described in the instructions.

Hope the text above helps them who got the white ESP8266 board. You'll need to attach a female-female Dupont wire between the additional pin and the SCL pin at the matrix or other TWI device.
Camilo Parra Palacio what about an Fritzing schema for how connecting all Ninja parts in different versions?
1

Camilo Parra Palacio Otto Creator
9 months ago
Birger T great so now the first points are ok I will delete all adafruit stuff so it doesn't interfere I wanted to put all in in case.

You got our latest prototype that includes double I2c connection here you can use a 4 wire connector cables.

The 3x2 wire connector is for the ultrasound sensor as in the building instructionsbut eventually we will just have one type of cable to avoid confusions.

You mean like wiring diagram for all possible combinations?
0

I mean diagrams for the basic and the humanoid Ninja.
And with the white prototype and also with the the black one.

And also want to know, which pins can be used with 5V and which ones can only 3.3V. - If one means (s)he can connect a switch between + and a signal pin.
0

We have both diagrams here https://docs.google.com/presentation/d/17R51J0lbpAEvUCaOhjK8gaCSiUr_bnHHv_9SWthhVc0/edit

The only difference in the white prototype is extra I2C pins with this order from outside to inside.

You can also use regular DuPont cables from other Ottos.

We are making another prototype were we only need 2 kinds of cables.

All red pins are 5V they are directly traced to the input from the regulated battery to avoid resets.

Let me know if is clear now
1

Birger T Master Builder
9 months ago
Ola Camilo Parra Palacio, the presentation and that text above is a very nice documentation - for my opinion it should be together in one document that's easy to find - and not hidden in the comments of this threat.

But I can't believe, that all pins are 5V useable - on the wemos page there is a warning, that all D1 mini pins are 3.3V only!
Ok - the HC-SR04 gives a 5V echopulse..?
Are there any voltage shifters or dividers on the OttoDIY board the D1 doesn't have?
1

Camilo Parra Palacio Otto Creator
9 months ago
Good idea Birger we will put together actually is not hidden we just make as we speak, that's the difference between the D1 and our board we just have a trace that goes directly to feed the servos from the 5v input
0