Do you have questions for Bill SCHONFELDER?

Log in to ask Bill SCHONFELDER questions publicly or anonymously.

Bill SCHONFELDEROtto Master Builder
Senior Designer Level 3 (retired)
Posted 2 days ago
Revisting Bork.
While I am waiting for prints to get done. 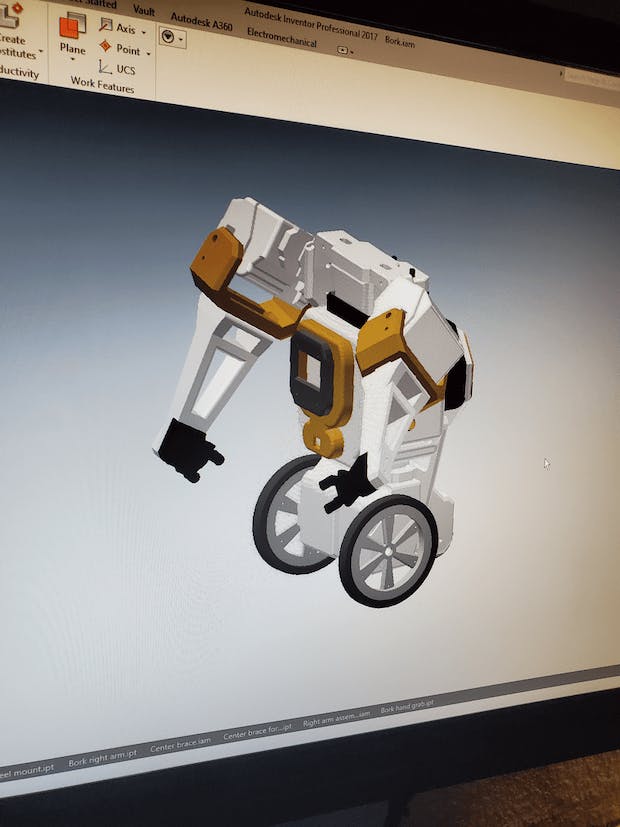 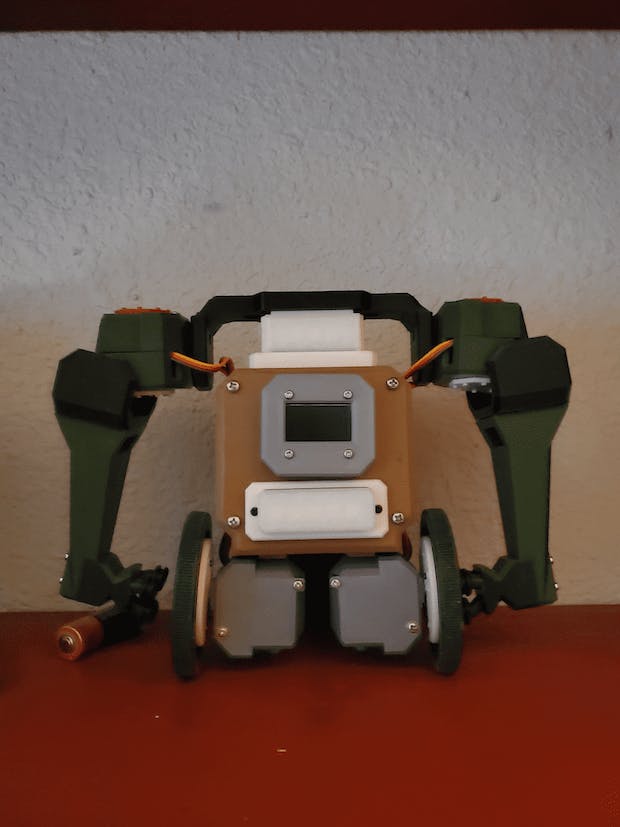 Bill SCHONFELDEROtto Master Builder
Senior Designer Level 3 (retired)
Posted 6 days ago
Here is an idea of how we can use the laser ranger, an oled for eyes and emotions, and that 8 ohm speaker with the digital pam.

Otto starts to walk forward into a wall from about 1 foot away, as he get nearer to the wall the Oled will flash some squinting eyes, kind of like examining what is before him. The laser will trigger those eyes and maybe some neo lights for flash. Then as he continues to the wall, the laser then triggers another program causing Otto to walk slower toward the wall at a closer distance. The Oled then flashes some big eyes as he slowly approaches. Now the laser is reading a closer number and this triggers a file in the DF player to play say "oh oh" or something of a worry like this. Otto is slowly walking toward the wall, eyes are big. He thinks he might crash into the wall. The as he just about gets within four inches of the walk he stops, triggered again by the laser. Then he either slowly backs up or turns to the left or the right. The Df player is then triggered by the laser to play a happy tune or song that Otto begins to hum or play.

I have already made a set of eyes for the Oled that animate blinking, trouble is you have to use an every or higher power nano. Or be careful of how much memory you use before seeing that red frying error that will destroy your nano.

If Piers Kennedy can make a DF player that will work with trigger files as file001, and so forth, that can work with the laser, thats another part of the program that is done.

If Camilo Parra Palacio Birger T Ian Shatwell figure out how to use the laser to trigger programs that is another program that is done.

I wonder if the function block that has options would work here??
We will also need those other two pins on the laser maybe, to triggers events or new programs that are timed?

This group written program can be used in any otto, or ottoky if we do it with options for the HRC.

Imagine the possibilities if we pull this off as a collective group.
#ottotomars #ottoblockythenewcode
7 comments

Liked by Camilo Parra Palacio and 2 others

Bill SCHONFELDEROtto Master Builder
Senior Designer Level 3 (retired)
Posted 7 days ago
We need to make an otto penguin. The body is perfect for this. I bet Ian Shatwell would be able to pull this off.
1 comment
Post
BlocklyElectronics

Had to tweak it some. I'll edit this and upload the blockly and the stl files from the desktop. Hoorah.
Laser pro ...
Laser Ran ...
SPX Yello ...
6 comments

Bill SCHONFELDEROtto Master Builder
Senior Designer Level 3 (retired)
Posted 8 days ago
I have my VL53L0X ToF Laser Range Finder for Arduino. How would I use blockly to activate this and setup different parameters or distances for it too see?
I can design a case for this after we get the blockly program to recognize it.

According to the photo. the I2c pins can substitute for the A4 and the A5. I just don't know how to use the declaration block to assign values to these pins. I can't find out what they are identified as. Can you guys help? Birger T Camilo Parra Palacio Ian Shatwell

My thinking is that we could plug the Oled into these pin that are assigned as I/2c and assign the values on A4 and A5 as the new SDA and SCL for the laser ranger. 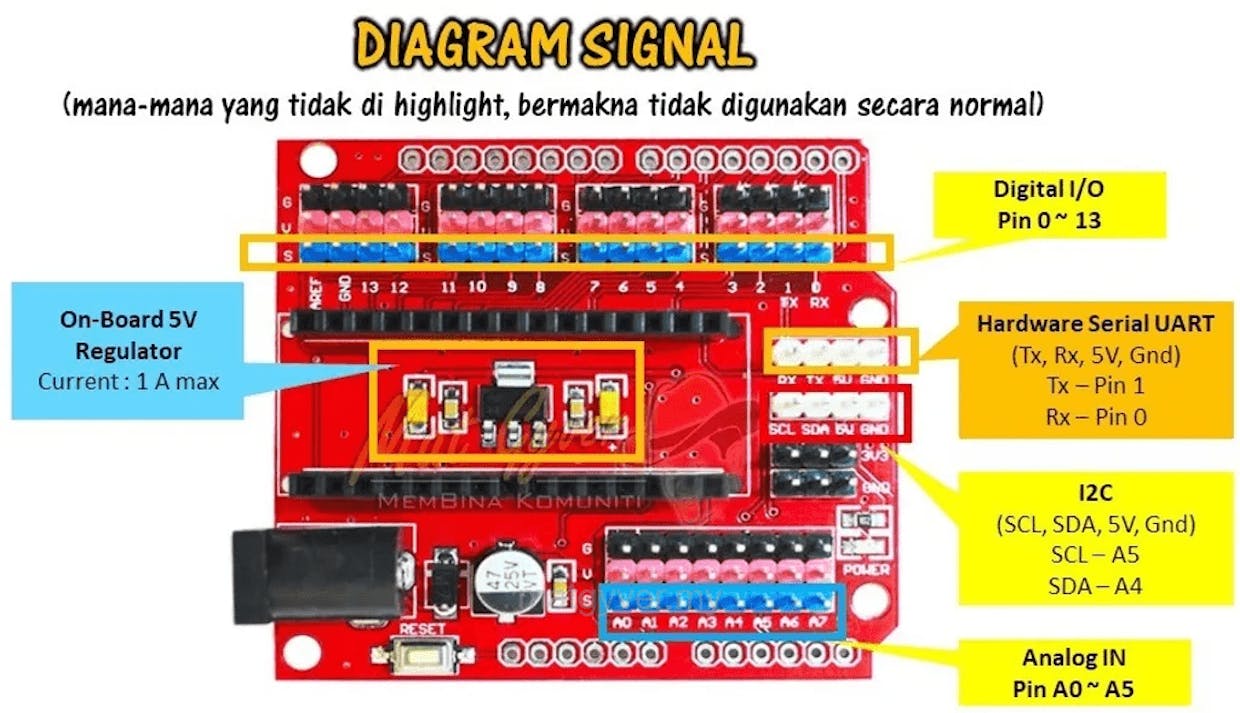 I am finally able to share with you the Android body for the Ottoky type robot. This uses a nano shield instead of a Tokymaker inside of the robot’s body. The advantages are huge if you stay with the Arduino code and the Blockly program, especially with the new updated version of Ottoblockly.

Inside of the zip file I am attaching are
The STLs files for the body, the mp3 player, the oled faceplate and the speaker housing kit.
A demo program written in Ottoblockly for all of the features of the robot.
A detailed fritzing wiring diagram showing the pin layout and the parts you will need to create the robot.
A sketch in Arduino code for you to use.

This robot does not have the legs attached. You can either use the Ottoky legs, or another set of legs with both servos inside of the legs. The servos must be in the legs for this to attach to the bottom of the body. The original Otto legs will not work for this design. It just attaches to the servo horns on the outside.

This robot is powered using a planned ubec or buck convertor from 6-12 volts stepped down to 5 volts.
The robot front is where you house the battery or power source. If you decide to use the rechargeable batteries they are 4.8 volts. The front case is designed for this. I made a charger port in the bottom of the speaker kit that allows you to charge the battery without the need to ever open up the robot’s front.

NOTE:
I am sharing with you a design that I have had many successful printed robots from. Until they fix Tokylabs documentation for the Tokymaker I will be only using Ottoblockly to program these robots. This is not a robot for a first time user. It involves much drilling, screwing, and figuring out the best way to wire and solder it up. It also involves taking your electronic components and preparing them to have wires soldered directly onto them. The list of things you will need is advanced and large. You should have on hand the following:

Disclaimer.
I am not responsible for the success, the fitments, or the electronic parts whether they work or fail. It will all depend on your skill level and your ability to work with 3d printed robots, electronics, programming, and soldering to make these work. If you do decide to take the challenge and make one yourself, I will only be able to help answer questions on the forum.
This robot is not cheap to build or make. There may be more exciting features I plan to add in the near future. (this will depend on the knowledge and experience with Ottoblockly that the community decides to tackle.

THE PROGRAM FOR THE OTTO BLOCKLY THAT IS ATTACHED, HAS TWO DISABLE LINES OF CODE. BE WARNED THAT IF YOU DON'T USE A NANO EVERY FOR THIS PROGRAM WITH ALL THE THINGS ENABLED, YOU WILL FRY YOUR BOARD. If you use the nano old bootloader or nano you must leave those blocks disabled. Use the check program feature to make sure you don't get a memory error. I fried two boards not knowing or understanding this information. Of course you can manipulate the program to your liking. Just use the check program every time you do.
Export ST ...
V1 Assemb ...
V1 Wiring ...
Program f ...
Program f ...
10 comments

Liked by Birger T and 2 others

Bill SCHONFELDEROtto Master Builder
Senior Designer Level 3 (retired)
Posted 11 days ago
Possible substitute for the hrcs04 sensor? Maybe add it to blockly? If you do, you have to find a new home for scl and the sda pins for the oled to use.

This could be a future replacement for ottos eyes.

Bill SCHONFELDEROtto Master Builder
Senior Designer Level 3 (retired)
Posted 12 days ago
Another accomplishment. A sealed, rechargable otto remix robot. No need to change batteries anymore. The adapter is customized to the design.
No rain days for awhile here. Back to work on my yard. See you next rain day. 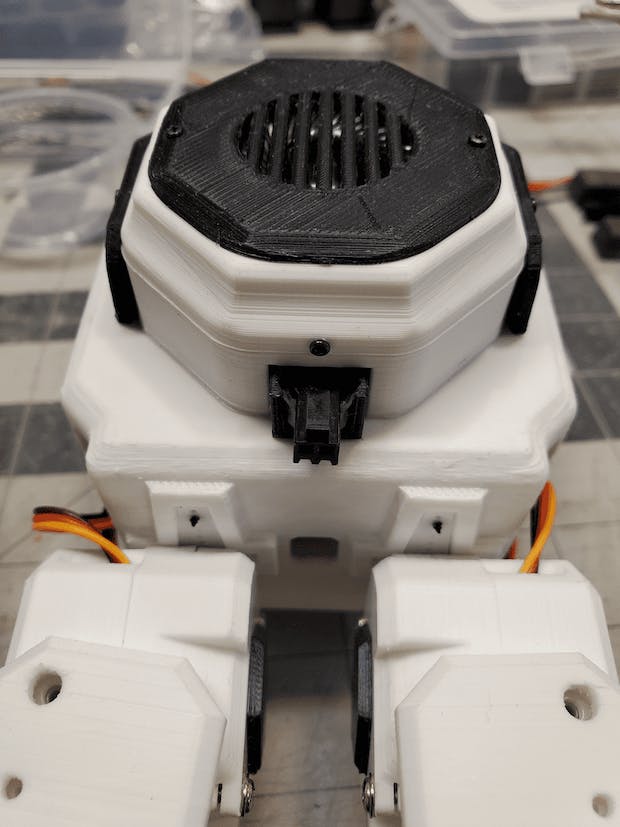 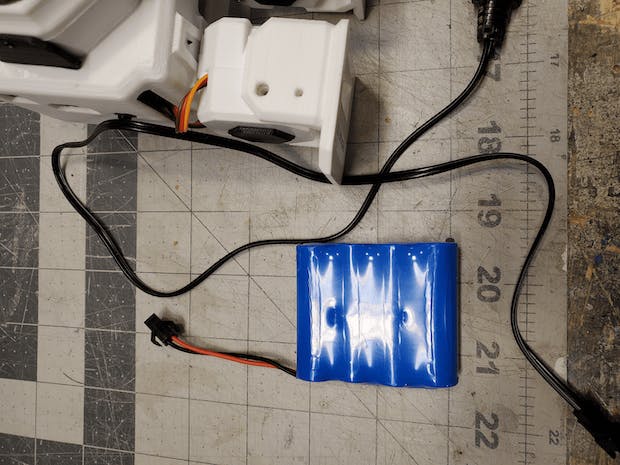 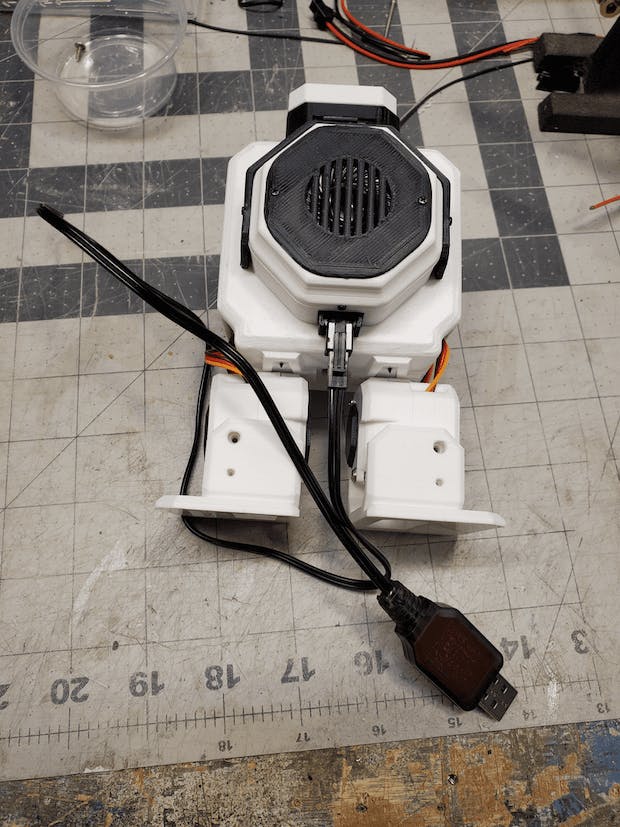 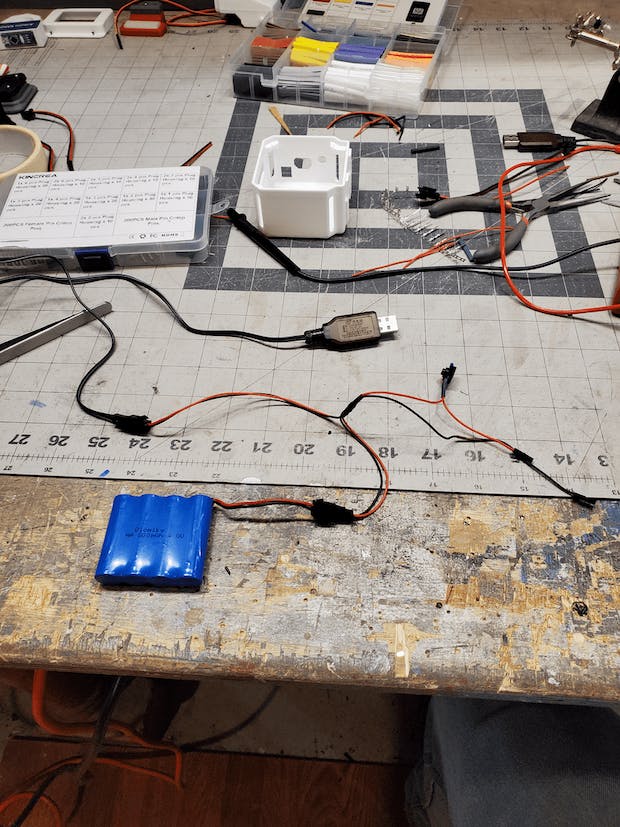